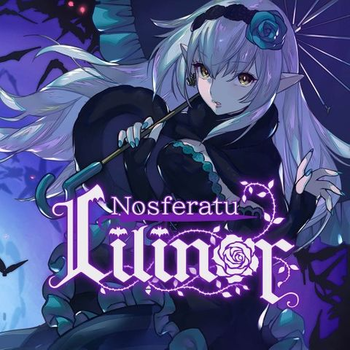 Nosferatu Lilinor is a Puzzle Platform Game by Neon.

Lilinor is a vampiress who, along with her retainer, Zasha, was recently chased out of her haven by vampire hunters. With no other choice of what to do, the two set out to find a new castle home.

After a long journey, they stumble upon an old but suitable ruin deep within a forest, well away from the main road. However, the castle is already home to a vast array of monsters. Lilinor's decision is to go into the castle's deepest lair and defeat the biggest monster of them all, showing all the others that she's the one in charge now, as well as serving as a scarecrow to keep humans away. So, her mission in mind, Lilinor sets off to gain ownership of the castle.