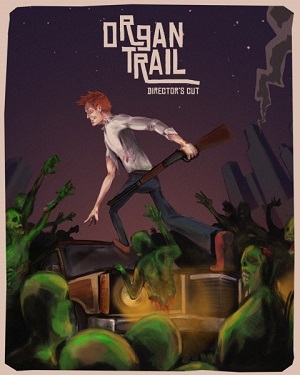 The end of the world...
Advertisement:

. Players are given the task of navigating a five seat station wagon across the United States in the midst of a zombie outbreak. Dangers along the way include bandits, zombie hordes, and dysentery.

There's two versions of the game: A free Flash version, and a buyable "Director's Cut" version with extras and more in-depth gameplay.

On October 5, 2015, the Director's Cut version received the "Final Cut" expansion, DLC that includes new character skins and vehicles, branching paths across the country, and various miscellaneous tweaks to gameplay.