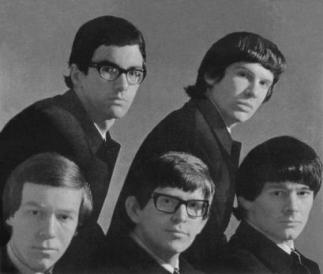 The Zombies are an English rock band, formed in St. Albans in 1961. Like many of their contemporaries, they started out playing American rhythm and blues (as exemplified with their debut album Begin Here) but rapidly developed their own Baroque Pop sound, characterized by principal songwriter Rod Argent's keyboard and organ solos and lead singer Colin Blunstone's breathy vocals. This culminated in their most highly regarded work, Odessey and Oracle, in 1968. Although they had a handful of hits in both their home country and the United States, they never received the attention or commercial success of their contemporaries. Indeed, the lack of commercial success meant that by the time Odessey and Oracle was released, they had broken up. Ironically, a single taken from the album, "Time of the Season", would go on to become one of their biggest hits despite the absence of a band to promote it.

The Zombies briefly reunited in 1990 (without Atkinson or Argent, and with Sebastian Santa Maria), and recorded the album New World. Another brief reunion (this time of all 5 founding members. Meanwhile, Santa Maria died in 1996 from adrenoleukodystrophy) occurred in 1997, and it would be the last time they all reunited. Paul Atkinson died in 2004 from liver and kidney disease.

Argent and Blunstone reunited in 2001, and resurrected "The Zombies" name in 2004. That year they released As Far As I Can See..., which was poorly received. This reformed Zombies with Argent, Blunstone and others continue to tour to this day and have released the strongly received album Breathe Out, Breathe In in 2011.

It's the time of the season for troping: