Tyop on the Cover 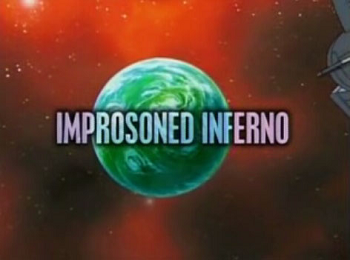 There's a tyop... typo, but it's not just buried in the body of the text. No, it's in what should be the very most obvious spot, right there on the cover of the book or album or the headline of the newspaper or the opening credits of the movie. Like a zit. You don't even have to be a Grammar Nazi to see they got it wrong. Not that we don't all make typos — there are probably a copule on this page — but this is the cover we're talking about. You'd think even the laziest proofreader would have noticed at some point, right?

There is actually a valid psychological reason that this happens as often as it does. Our brains have an inbuilt tendency to automaticallly corect th speling as we read (see?), which makes it easy to read around typos. And when it comes to titles and headlines, we naturally assume that for something as big and important as that, of course somebody else would have caught a big obvious mistake, right? So if they're not careful, or if they're rushing to meet a deadline, even a trained professional copyeditor can overlook the biggest error until it's too late. Moreover, cover designs tend to be done at the tail end of the production process, so the time crunch can make it that much easier for an error to get through. Not to mention that the proofreaders professionally employed to spot mistakes in body text may not even be consulted on things like titles and covers, for the aforementioned "we'd have to be complete idiots to misspell the title" effect.

This trope often serves to embera—embaras— embarrass distributors of official materials, as pretty much the only thing they're supposed to do in regards to the distribution is make sure that everything is correctly spelled. On the other hand, if they catch the typo and fix it, it just makes the printing including the typo more collectible.

Keep in mind that the typo must be on the cover (or the equivalent) to qualify for this trope. If it's hidden in the end credits, it doesn't count.

If the misspelling is done on purpose, then it's Inherited Illiteracy Title.

Carl was making nametags for Jimmy, Sheen and himself, but he accidentally added a "P" to "Amigos".

Alternative Title(s): Typo On The Cover

Carl was making nametags for Jimmy, Sheen and himself, but he accidentally added a "P" to "Amigos".