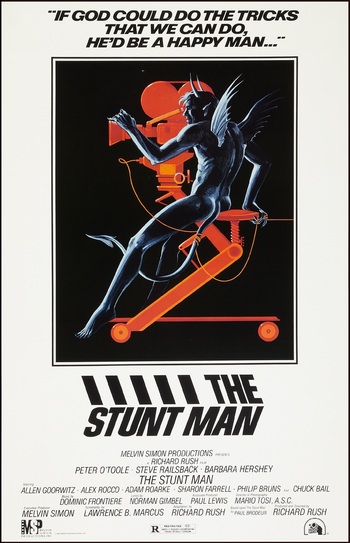 The Stunt Man is a 1980 Action-Comedy-Drama-Thriller-Romance film directed by Richard Rush, based on Paul Brodeur's 1970 novel of the same name. It stars Peter O'Toole, Steve Railsback, and Barbara Hershey.

The story starts with a Vietnam War veteran named Cameron (Railsback), who's wanted for attempted murder and on the run from the police. He runs onto a movie set and accidentally kills the stunt man. Director Eli Cross (O'Toole) offers to hide him if he'll take the stunt man's place. That, of course, is only the beginning.