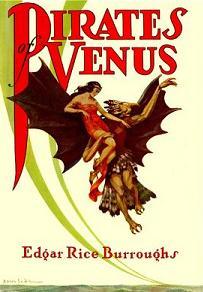 Burroughs completed four novels in the series, each of which was published as a magazine serial before being collected in book form. He began work on a fifth in the early 1940s but abandoned it in favor of working as a war correspondent when the USA entered World War II. The completed first section of the novel was published as a short story after his death.