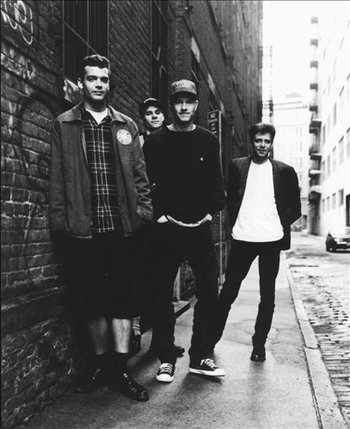 Helmet is an extremely influential Alternative Metal band from New York City formed in 1989. They consisted of Page Hamilton on lead guitar and vocals, Henry Bogdan on bass, Peter Mengede on Rhythm Guitar and John Stanier on drums. Their sound, which blended Heavy Metal with Noise Rock and Post-Hardcore, was hugely influential on the metal scene in the Nineties. They broke up in 1998 but have reformed in 2004.