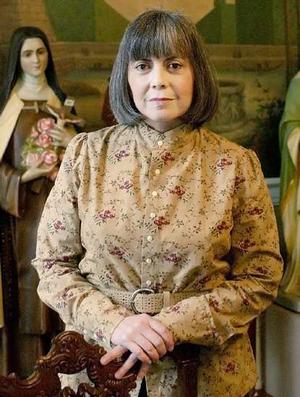 "It's an awful truth that suffering can deepen us, give a greater lustre to our colours, a richer resonance to our words."
—Anne Rice
Advertisement:

Beginning with 1992's Tale of the Body Thief, Rice decided to forgo using an editor. How it's impacted the quality of her work since is debated by her fanbase.

Her son, Christopher Rice, is quite popular himself.

On December 11, 2021, Rice died at the age of 80 due to complications resulting from a stroke.

Anne Rice is known for: