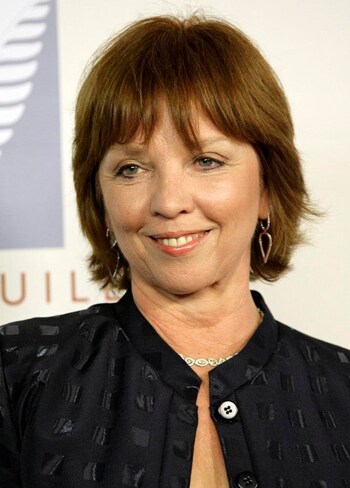 Nora Roberts is not merely the romance novel genre's best-loved author — she is a publishing phenomenon. Roberts has over 200 works in print, from novellas written during her category romance days (beginning with Irish Thoroughbred in the 1980s) to mainstream mystery/romance novels (High Noon, Blue Smoke, Black Hills) to lighthearted pure romance (the Brides quartet) to a 20 Minutes into the Future straight-up mystery series (... In Death, writing as J.D. Robb).

Her name has become synonymous with romance at its finest, and most women have at least heard about her. The Romance Writers of America named their lifetime achievement award after her.

Famously has plagiarism of her works as a Berserk Button. Led the group that sent a sword

to Claire Ryan for her efforts against CopyPasteCris's plagiarism.

Tropes commonly found in her works: