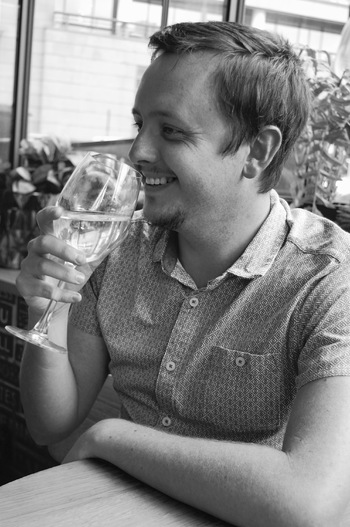 There will always be wine.
Advertisement:

Michael J Ritchie (born 28 February 1988) is a British author, responsible for The Atomic Blood-Stained Bus (2014) and The Third Wheel (2019). Noted for a slightly eccentric and very English style of writing, he deals mostly in science fiction and urban fantasy.

He says everything that he writes has the same basic synopsis: "[Character] is going to have an adventure ... whether they want to or not."

He has written the blog "Fell From Fiction

" since 2013, in which he reviews almost every book he reads, as well as interviewing other bloggers and writers.

Not to be confused with the American film director Michael Ritchie.