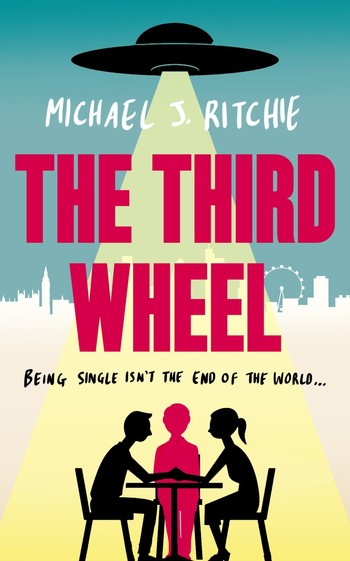 Being single isn't the end of the world...
The Third Wheel is a 2019 science fiction novel by Michael J Ritchie.
Advertisement:

Dexter Scithers feels like the universe is taunting him. Everywhere he turns, he's accosted by wedding invitations, housewarming parties and tables for two. All of his friends are settling down with their other halves, while Dexter spends his evenings with only his cat for company.

But when aliens invade, it puts a lot of his problems into perspective...