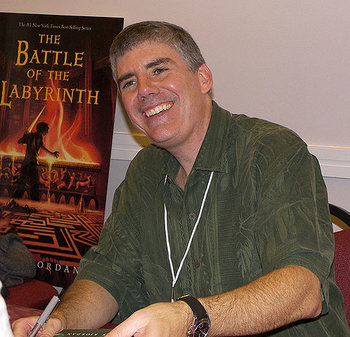 Rick Riordan is an American author. He is best known for his mythology-themed series of children's books, which have granted him the epithet "Myth Master".
Advertisement:

Under the Rick Riordan Presents imprint, he edits the following series, with more to be announcednote As of June 2021, twelve series (two of which share continuity), three standalones and one anthology by fifteen authors have been announced for release between 2018 and 2024: