Literature / Wolves of the Calla 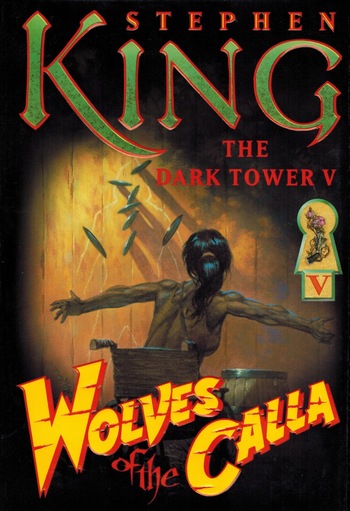 Preceded by Wizard and Glass.

Wolves of the Calla is Book V of Stephen King's Epic Fantasy series The Dark Tower. Roland of Gilead's quest to save the multiverse from destruction continues in this fifth installment of King's epic tale, where the series' plot takes a detour which finds the gunslinger and his companions helping the farmers of a small town called Calla Bryn Sturgis fight against terrifying creatures known only as "Wolves" who raid and kidnap half of the Calla's children once every generation.

Followed by Song of Susannah.

Wolves of the Calla provides examples of the following tropes: