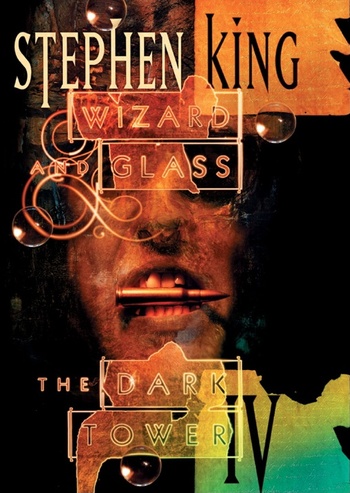 Preceded by The Waste Lands.

Wizard and Glass is Book IV of Stephen King's Epic Fantasy series The Dark Tower. It was published in 1997. The series' main plot takes a backseat as readers are treated to an extended Flash Back of a tale of love and heroism from Roland's past.

Followed by Wolves of the Calla.

Wizard and Glass provides examples of the following tropes: