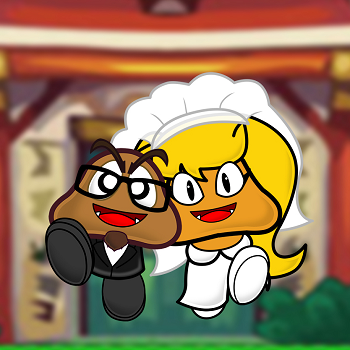 Members at or below The Dragon (e.g., Quirky Miniboss Squad) suggested to be in a physical relationship. This can be overtly sexual even if it would seem squicky; they're villains after all.

Being in a romantic relationship can help humanize the characters, as either one will act heroically when the other is in danger - or, alternately, we get to see how evil they really are when one dies or is seriously wounded and the other doesn't. This might prompt the villain equivalent of a Freak Out in the ignored "lover" (at least for a while...) or, if the writers are really trying to showcase how soulless the baddies really are, even the injured party never expected any true intimacy. At that point, there's really no hope for redemption of any black hats you'll be seeing for a while. In the more humanized case, a truly evil Big Bad might torment one just to piss off the other. If one gets killed off, the other will usually devolve into an obsessive nut, but sometimes will reform in memory of the other's death.

Occasionally, both reform, and they just become an inseparable duo among the main character's group of friends. Exactly how "close" they are will often become a running gag.

We won't even get started on how popular this is in fan fiction. Compare Mad Love, Unholy Matrimony, Outlaw Couple and Heterosexual Life-Partners when dealing with same-sex groupings.

May sometimes intersect with Subordinate Excuse. Most likely does not have anything to do with those Minions.