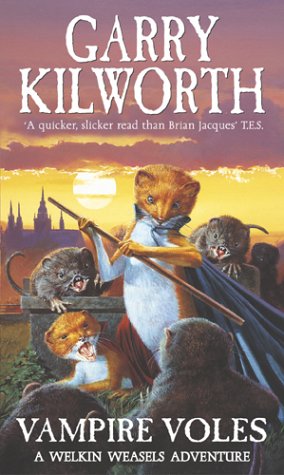 A series of Talking Animal children's books by Garry Kilworth, which has been compared favourably to Redwall and is often read by the same audience.

The series originally consisted of a trilogy, showcasing the adventures of the outlaw weasel Sylver and his band of followers as they battled against the unjust rule of the villainous stoat Prince Poynt and his corrupt sheriff Falshed, in a generically medieval milieu. Kilworth later wrote a second trilogy, set in a Victorian-inspired era, about the descendants of four of the original band and some of their enemies.

The most obvious trope demonstrated in the books is the Shout-Out. Many, many references to popular culture are made, including movies, books, poems and Real Life English history.