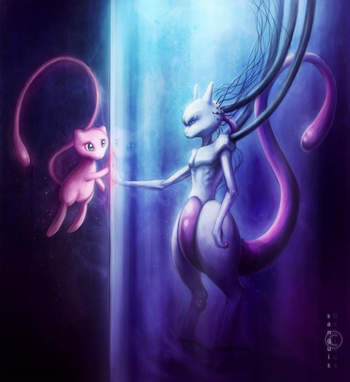 .
Mewtwo: Am I only a copy? Nothing but Mew's shadow?
Dr. Fuji: You are greater than Mew, improved through the power of human ingenuity.
— Pokémon: The First Movie
Advertisement:

You're making a copy of yourself, for whatever reason. But while you're at it, why not make some improvements?

Accelerated maturation might shorten the time you have to wait, enhanced strength might make better workers or soldiers, super smarts might help them with your research, or maybe that "free will" thing is too troublesome for your liking.