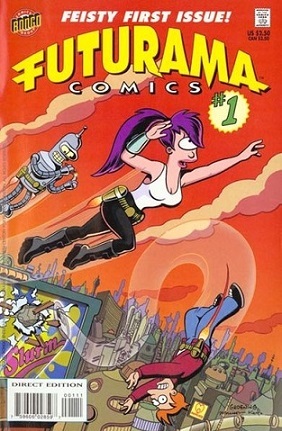 Like The Simpsons, Futurama ventured into the Comic Book scene thanks to the TV show's success. The comic book series was published by Bongo Comics and has been published bi-monthly in the United States since November 2000 (apart from a brief break for the crossover). During the production hiatus between 2003 and 2006 and from 2013 to present it is the only new Futurama material being made. The comic book series continued its run, even after two cancellations of the TV series, until 2017.