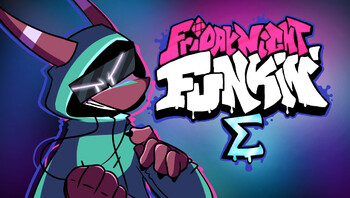 is a Game Mod for Friday Night Funkin' that adds a new week and three new songs. There isn't exactly a plot to this mod, but it has Boyfriend fighting an alien known as Demetrios...for whatever reason.

Unfortunately, the mod's creator, PlazerLazer, has discontinued this mod due to reasons left completely unexplained. His mod may not have anymore future updates, but Demetrios still got a Cameo Battle in Times & Tribulations—Vs. Omega, which did give him a surge in relevance.

Not to be confused with FNF Week Sigma.