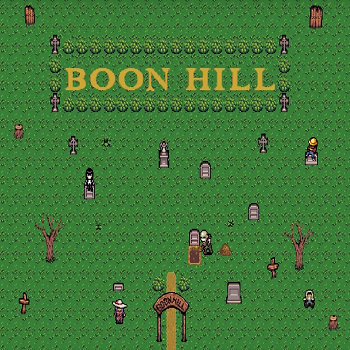 Boon Hill is the largest cemetery in Eastern California. Countless souls have been laid to rest within. What are their stories? Is there any connection between them? Did any of them know each other in life? Is there any way to know for certain? Perhaps you might find out from what's written on their tombstones.

That's pretty much the game in a nutshell. No enemies to fight, no horror, no way to die. The point of the game is to take a stroll through a graveyard and learn the stories of the dead. No pressure, no stress, just you, the graveyard, and whatever NPCs you meet therein.