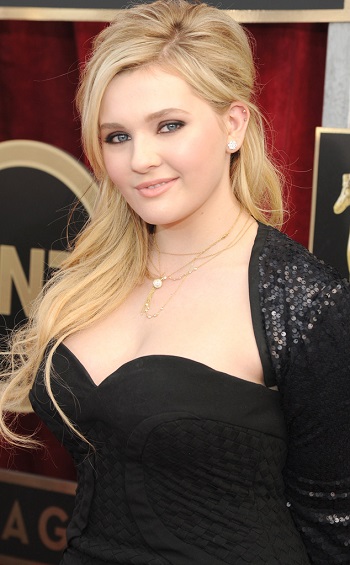 "Well, you know, I never want to feel like I have a set plan of what I'm supposed to do. I kind of like to go script by script, and if I like the character and like the story that's why I want to do a movie."
Advertisement:

Abigail Kathleen Breslin (born April 14, 1996 in New York City, New York) is an American actress. She was born in New York, and her brother is actor Spencer Breslin. She was named for Abigail Adams, wife of John Adams and mother of John Quincy Adams. Her first role was in a commercial at age three, and her first film role was in Signs. She gained serious critical recognition with the role of Olive in Little Miss Sunshine for which she was nominated for an Academy Award for Best Supporting Actress.

Her more important roles include:

Tropes associated with the actress's works are: