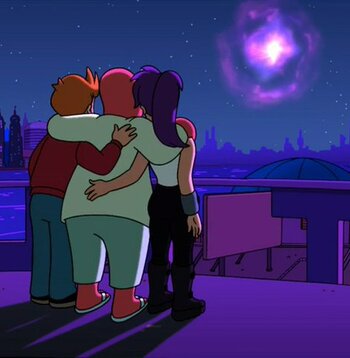 "And no one could have been happier unless it would have also been Valentine's Day."note "What? It was? Hooray!"
Moments pages are Spoilers Off. You Have Been Warned.
Advertisement:
open/close all folders
General
Season 1
Season 2
Season 3
Advertisement:
Season 4
Season 5 (Movies)
Season 6
Season 7
Radiorama
Advertisement:
Comic Book