An Odd Place to Sleep 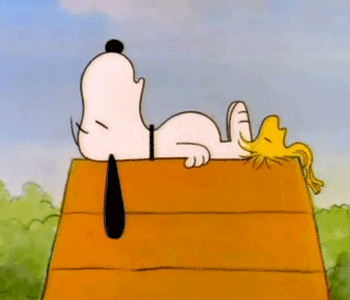 Showing a character's sleeping habits can tell the audience a lot about their character. Often an indication that a character is a bit off is if they have bad dreams, or in some cases, don't sleep at all.

And then there are characters who sleep in strange places. Showing a character who habitually sleeps in a place other than a bed may serve to indicate that the character in question has a few odd personality traits, or that they're not altogether there mentally, or that they're just not used to sleeping in a bed for whatever reason. It can also be used to show that a character is not human, and therefore it might be perfectly normal for members of their species not to sleep in a bed. The main point is that the trope is used to set the character apart in some way, or to indicate something specific about their character.

A very common version of this is characters who are used to discomfort or hardship - homeless people finding a shelter somewhere in a city, outdoorsmen camping in the wild, front-line soldiers in forward camps or berths not entirely designed for humans - who are offered a bed in the lap of luxury, but find it impossible to sleep in.

If a character doesn't sleep in a bed because there isn't one available, it's not this trope. There Is Only One Bed is when a character gives up the bed out of necessity or a sense of honor. Fell Asleep Standing Up is an odd way characters can fall asleep practically anywhere.