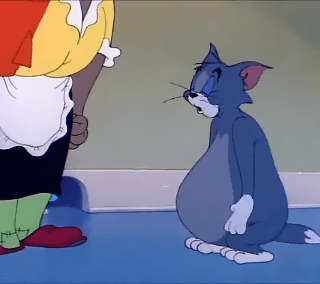 The belly might have helped.
"Yes, Spirit Bear, blame your age. Not the fact that you sleep standing up."
— Spirit Bear, Bee Swarm Simulator
Advertisement:

Most people sleep in beds of some sort. Others don't, but they still sleep lying down. Some people sleep sitting... and then there are those who can, somehow, fall asleep while standing upright. They don't slump over in their sleep. They're still standing even while zonked out.

A frequent sign of a Sleepyhead or Heavy Sleeper is their ability to remain asleep even while standing. This character has been known to fall asleep while standing up, usually on multiple occasions. This is usually Played for Laughs. But, a character that is so exhausted they don't have time to lie down is more likely to be Played for Drama (though it's still played for comedy sometimes).

Compare with Sleepwalking and Sleeps with Both Eyes Open. Contrast with Died Standing Up.

"I remember back in my day, I can really miss a move to this tune, you should've seen me uh--"

"I remember back in my day, I can really miss a move to this tune, you should've seen me uh--"