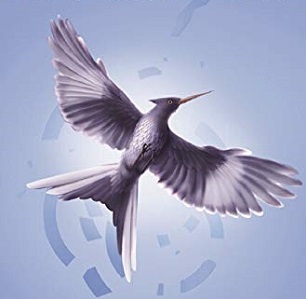 "Fire is catching! And if we burn, you burn with us!"
— Katniss Everdeen
Advertisement:

Mockingjay is the third and final book in the The Hunger Games trilogy by Suzanne Collins. It was adapted into a two-part film in 2014 and 2015.

Character tropes for this book can be found here.

Note: The title event of this book series is a fight to the death. As such, Death Tropes and death-related spoilers are plentiful. Proceed with caution.