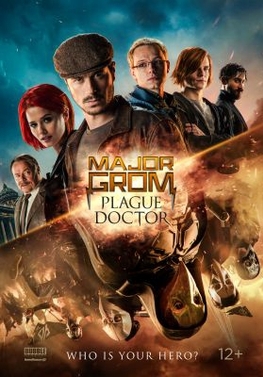 It's all about the duality.
Advertisement:

Major Grom: Plague Doctor is a 2021 Russian action film based on the first arc of the comic book series Major Grom by the Russian publisher Bubble Comics. It follows the determined police major Igor Grom hunting down a vicious masked vigilante who calls themselves the Plague Doctor.

The film was released on Netflix on May 5, 2021. In March 2022, it was announced that a short prequel film, titled Major Grom: Difficult Childhood, was in the works. A teaser trailer

This troper is a dog!