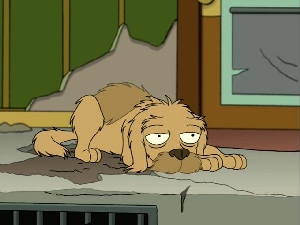 He didn't forget. Good dog.
"WATCH FUTURAMA THEY SAID. IT'S A FUNNY SHOW THEY SAID."
— quitegregarious

, on the Yancy entry below
Advertisement: