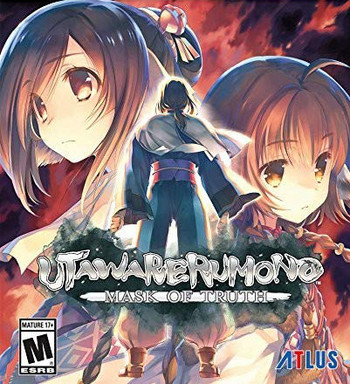 Beginning where the last game left off, Haku has been forced to assume the identity of his friend the Yamatan imperial guard and general Oshtor after his very inconveniently timed death. Due to the civil war brewing on the horizon, “Oshtor” is needed, whether or not he really is Oshtor. Almost as soon as the game begins, Haku is placed in control not only of the military of Ennakamuy, but of the country in general. Surrounded on all sides by enemies or, at best, neutral observers, he has to find a way to put the usurped princess Anju back onto the throne of Yamato. And not only without letting anyone know that the real Oshtor is long dead, but without several of his most dependable allies from the second game.

Making things even more complicated is that the proof that he's Oshtor, the Akuruka mask that serves as proof of his position, quickly binds itself to Haku's body and can no longer be removed without tearing his very face off. Worse, with every use, it drains his life force. With every battle he's forced to rely on its power, he draws one step closer to a death where he will not even leave a body behind. He'll simply dissolve into a pile of salt to be scattered by the winds.

An anime adaptation was announced