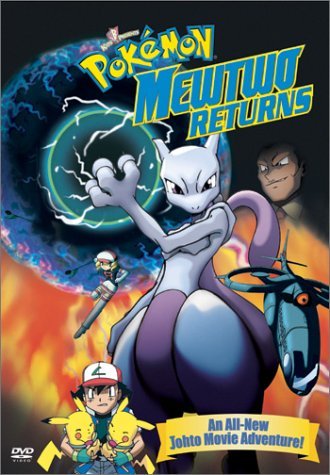 Special episode, a sequel to the events in Pokémon: The First Movie (while it was aired as a side-story episode in Japan, it was given a direct-to-video release in America)

Giovanni, the leader of Team Rocket, has caught a clue to the location of the powerful Pokémon Mewtwo and has sent an agent to find him. In the meantime, Ash & co. are passing through the Johto region when they encounter a woman who told them about the vitalizing water of Purity Canyon...coincidentally, Mewtwo's new location. Soon, an all-out battle between Mewtwo's clone Pokémon "family" and the forces of Team Rocket breaks out, with Ash and his friends caught in the middle.