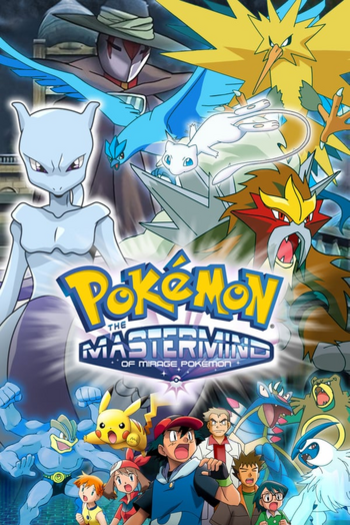 The Mastermind of Mirage Pokémon, also known as The Terrifying Mirage Pokémon in Japan, is one of three Pokémon: The Series TV specials.

This special is infamous for the voice cast change well before the special aired. The Pokémon Company said that they used the special for a testing ground for the new actors. Of the results, Ash's intended replacement, Kayzie Rogers, was replaced by newcomer Sarah Natochenny. Some liked the new voices, but most hated them. Petitions were created in order for the old voice actors from 4Kids Entertainment to return, even before the new cast's work was aired. Thankfully, the new actors got better over time, so the complaints lessened, although some consider them inferior replacements to this day.