Anime / Pokémon: The Rise of Darkrai 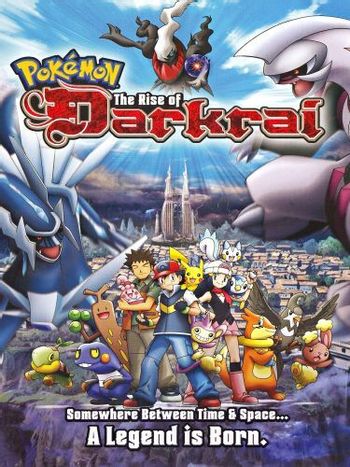 The Dark Is Not Evil concept gets taken to the extreme.

Pokémon: The Rise of Darkrai, known in Japan as Dialga Vs Palkia Vs Darkrai, is the tenth film in the Pokémon franchise, and the beginning of a trilogy of Diamond and Pearl films.