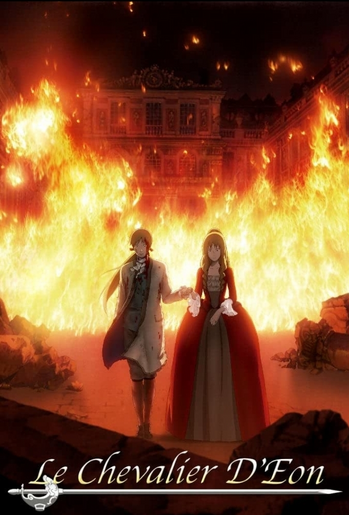 Late 18th Century France: a time of great trial and turmoil—and for none moreso than French Secret Police member d'Eon de Beaumont, whose older sister Lia has just been found floating in a coffin in the Seine River. Lia was an accomplished spy for the French Court, which recently sent her to faraway lands on a mysterious assignment. But now she's turned up murdered, and it's up to D'Eon to find her killers. No sooner has he stumbled upon the Ancient Conspiracy that might be responsible for it, than he, his comrades, and his entire household all fall victim to a vicious attack, which only D'Eon himself manages to survive. The King of France, Louis XV, graciously allows D'Eon to retrace his sister's steps and investigate her murder, and to that end he gives him a new set of comrades; all of them are Chevaliers who, like D'Eon, have vowed their unswerving loyalty to the King, even unto death.

Of course...this isn't the only help D'Eon will receive during his investigations.

It seems the angry soul of his murdered sister, Lia, has decided not to pass onto the next life just yet. She has some unfinished business to attend to. And she has found the perfect vessel through which she can carry out her revenge—D'Eon's own still-living body...

whose crossdressing (in retrospect, she was probably a transgender woman, and she insisted for the latter half of her life that she had been a woman all along and had been disguised as a man previously) and extraordinarily half-hearted attempts at espionage caused a major international incident.

The show itself is based on a series of novels by Tow Ubukata; a manga was released at around the same time as the show, but is completely different, being described by Ubukata as "a humorous attempt at combining d'Eon de Beaumont, eighteenth century France, and a superhero story." While the anime is a serious historical drama with mystical elements, the manga is a Seinen action series similar to Hellsing, hell, the manga so similar to Kotah Hirano art style that one wonders if it was an homage or a rip-off. Despite being a completely different animal, it's definitely worth a look.

The show noticeably draws from the 1970s Shōjo anime The Rose of Versailles.