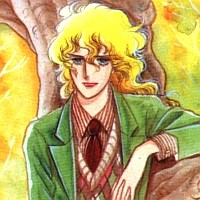 Claudine...! (クローディーヌ...! Kurōdīnu...!) is a classic Shōjo manga set in the turn of early 20th century France. It was written by Riyoko Ikeda, published in Shueisha's Margaret in four chapters, and its only tankōbon was released on May 20, 1978. The manga was licensed in English in 2018 by Seven Seas Entertainment. It's one of the first Japanese media to portray someone as Transgender.

The protagonist's birth name is Claudine de Montesse, otherwise known as Claude, a noble, regal, and extremely romantic young man. He is a transgender man and struggles to reconcile his conception of himself with being born female. Born to a French noble family, he is aware of the fact he is a boy and shares a special father and son bond with his dad to whom he has the most resemblance of all his brothers; when he's ten years old, his well-intentioned but ignorant mother then takes him to a doctor. Claude reveals the nature of his life, the doctor comes to respect and understand him, and then we start to see how the complicated and tragic events of Claude's life begin to develop from the beginning to the end of the story.

Note: Claude presents as male in story, and will be referred to as such in TVT-land.