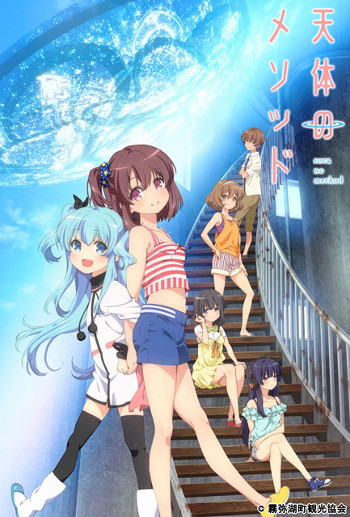 After years of absence, Nonoka returns with her father to her old hometown. The town has a strange feature in the form a disc hovering in the sky above the nearby lake, bathing everything in a mild glow during the night.

At her new home Nonoka is greeted by a strange girl named Noel, who somehow seems to be linked to the disc, and who also has ties to Nonoka's memories of trying to fulfill a wish at the old observatory, together with her childhood friends.

Now Nonoka has to try to get to grips with her past, the promise she made with Noel, and the disc in the sky that was the realization of the wish she made with her friends, changing the landscape of the town drastically.

The anime, the debut by Studio 3Hz, aired on Japanese TV for the fall season of 2014.