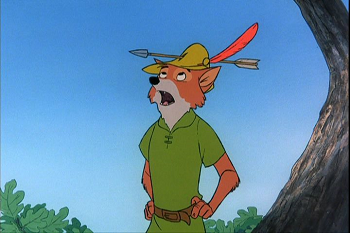 "That's not a candle on the cake!"
"I do believe you've killed my hat."
— Urahara Kisuke, Bleach
Advertisement:

Want to get a good idea how dangerous the situation got or was? Why not getting your hat cut into two, getting bullet holes in it, etc.

This is also sometimes accompanied with an indignant remark of "I just got that hat!"

Particularly smart characters might even throw their hats to test for booby traps or stick it out from cover only to pull it back in, riddled with bullets.

Depending on how attached the character is to the headgear, this damage can easily serve as a Berserk Button.