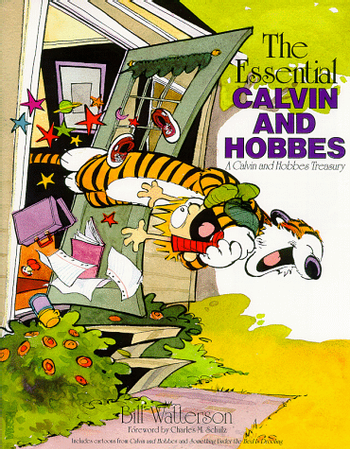 For some people, just saying hello is too easy. Where's the fun in that? It's much more entertaining to greet someone by attacking them out of nowhere to see how they react.

Why? Why not! Maybe you're a Trickster Mentor putting your student through Training from Hell and making sure they stay on their toes. Maybe you're sizing someone up as a potential ally and you want to find out what they're capable of. Maybe you have an ongoing rivalry with them and this time, you hope, will be your turn to win. Maybe you just like to fight. Whatever the reason, saying hello to a friend or a potential new friend by attacking them makes much more of an impression than just saying hello.

Not to be confused with Let's You and Him Fight, which is when the attacker honestly believes that the other is an enemy, instead of knowing they're not an enemy but attacking them anyhow for fun and/or profit. Compare Stab the Scorpion and Stab the Salad, in which it only looks like an attack.

Closely related to *Click* Hello and *Twang* Hello, but rarely actually employs those tropes. It does, however, often involve a Dynamic Entry or "Hey, You!" Haymaker. The Glomp may appear like this to a bystander who doesn't know the parties involved (especially if it is done by surprise), as it can easily blur the line between 'hug' and 'assault'.

Jinx kicks Zao in the face

Just as Zao opens the door at the ice palace, Jinx gives him this via a karate kick.

Jinx kicks Zao in the face

Just as Zao opens the door at the ice palace, Jinx gives him this via a karate kick.