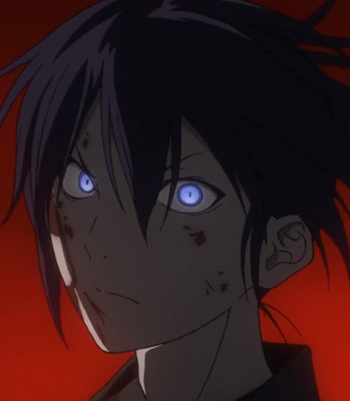 Eyes so blue you could swim and drown in them.
This is the unsettling variety of blue eyes given to particularly degenerate and creepy characters. They tend to be either sort of light and watery, extremely pale, or the type that seems to be too open, to the point where one starts to hope they'll blink soon.
Advertisement: