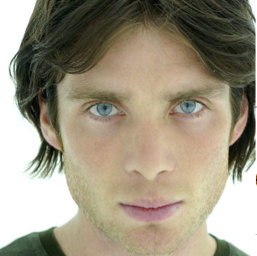 "Cillian Murphy, who has angelic looks that can turn sinister, is one of the most elegantly seductive monsters in recent movies."
— David Denby, The New Yorker review of Red Eye
Advertisement:

"Would you like to see my TV Tropes Page?"

Cillian Murphy is an Irish actor known mostly for three things. First, his chameleon-like ability to adapt to a wide variety of roles and seem to inhabit them. Second, his amazingly blue eyes, and third, being extremely pretty. He was born on May 25, 1976 in Douglas, Ireland, and started his career in entertainment as a rock musician. Cillian is a rather private fellow, and he doesn't normally discuss his personal life in interviews.

A sampling of the works he has been in: