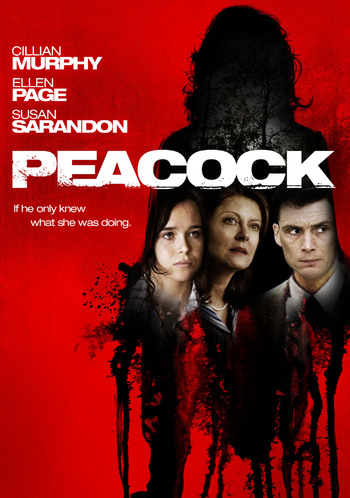 The story takes place in the small, rural town of Peacock, Nebraska, where we are introduced to the central characters: a bank clerk named John Skillpa (Murphy) and his "wife", Emma Skillpa. One morning, Emma is doing laundry outside when the caboose of a train runs off the tracks and ends up in John's back yard. The community rushes to Emma's aid, and the woman rushes back into the house.

Meanwhile, it is election season and there are two candidates running for mayor. The conflict arises when Emma is asked by the wife of John's boss, Fanny Crill (Sarandon), and political advisor Connor Black to host a political rally with the caboose of the train as a background. Emma agrees, while John is vehemently against the rally and is working to get the train removed as soon as possible. Similarly, John is also trying to help Maggie Bailey (Page) and her son leave Peacock, while Emma is trying to provide alternatives so that she can stay here. The film then goes back and forth between John and Emma, and their actions conflict with each other more and more as the film progress.

And the big issue tying all of this together? John and Emma are the same person, but are unaware of each others' actions.

Not to be confused with NBCUniversal's streaming service of the same name.