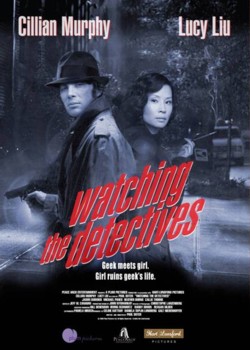 Watching the Detectives is a 2007 comedy-mystery film starring Lucy Liu and Cillian Murphy. Cillian Murphy is Neil, a mild-mannered video store owner who's always play-acting to add excitement into his life. Lucy Liu is Violet, an absolutely insane woman who comes into Neil's life and turns it upside down. Neil is left wondering whether an interesting life really is a curse and Violet begins to wonder if maybe she's met her match...