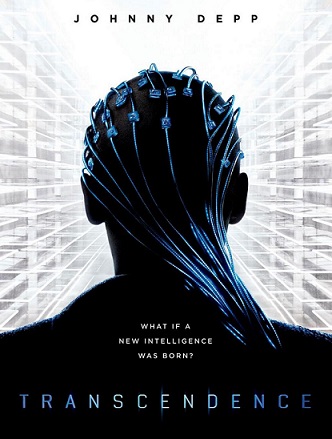 Yesterday, Dr. Will Caster was only human.
Joseph Tagger: Can you prove you're self-aware?
Will Caster: That's a difficult question, Dr. Tagger. Can you prove that you are?
Advertisement:

Dr. Will Caster (Depp) and his wife Evelyn (Hall) are artificial intelligence researchers. While Evelyn hopes that their work will lead to breakthroughs in medicine and repairing damaged environments, Will hopes to create a machine intelligent enough to discover the hidden truths of the universe. Their work is threatened by an anti-technology group known as RIFT, who set out to destroy everything the Casters and other AI researchers have worked to achieve.

When Will is shot by a RIFT agent with a polonium-laced bullet, he, Evelyn, and their friend Max Waters (Bettany) attempt to upload his consciousness into their supercomputer to keep Will alive and continue his research. Doubts soon begin to surface as to whether they truly saved his mind or gave birth to a new intelligence.

Absolutely not related to the game.