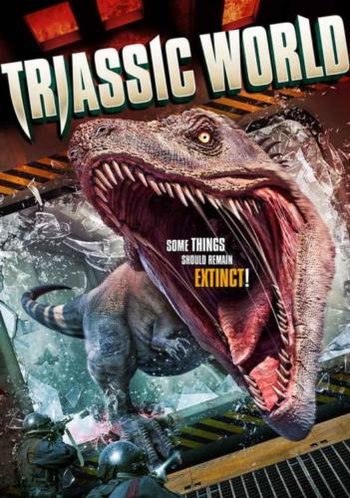 Get out, or get eaten.
Advertisement:

A young girl named Bridgit (Jennifer Levinson) has been invited to a secret lab where she's shown a ground-breaking discovery. Scientists have been secretly using genetic engineering to resurrect dinosaurs. However, rather than put them on display in theme parks, the scientists here have decided to use them to grow organs for use in human transplants.

Wild idea, right? Well, this being a dinosaur movie, you can probably guess what ultimately comes of it, and that the humans now need to survive against their escaped creations.