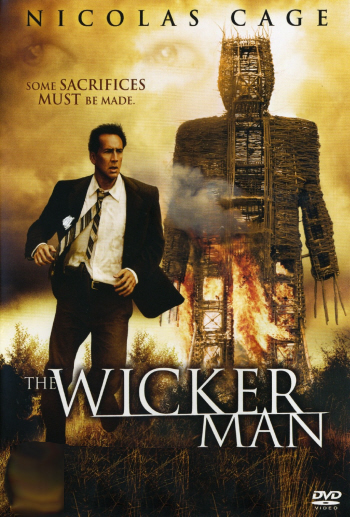 A Remake of the 1973 horror classic, directed by Neil LaBute and starring Nicolas Cage.

The film concerns police officer Edward Malus, whose ex-fiancée Willow Woodward informs him that her daughter Rowan has disappeared and asks for his assistance in her search. When he arrives at the island where Rowan was last seen, he suspects something sinister about the neo-pagans who reside on the island.