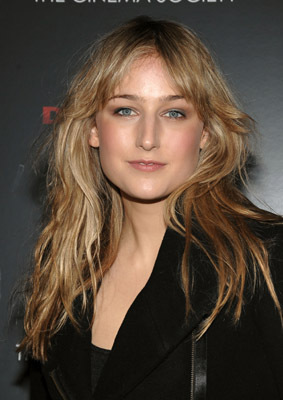 "I did try to get a few of those teen high-school movies, but they just didn't like me. I guess I wasn't a certain type."
Advertisement:

She is best known for her roles in such movies as Deep Impact, Never Been Kissed, Eyes Wide Shut, Joy Ride, The Glass House, and Public Enemies. She also played a rookie cop on the short-lived NYC 22, and was nominated for an Emmy Award for the role of Joan of Arc in the 1999 CBS/CBC miniseries.

In 2012, she announced her retirement from acting, saying she wanted to raise her children in peace and that she had become disillusioned after seeing several women's roles become overly sexualized. Nowadays, she works as an artist under the name Leelee Kimmel.