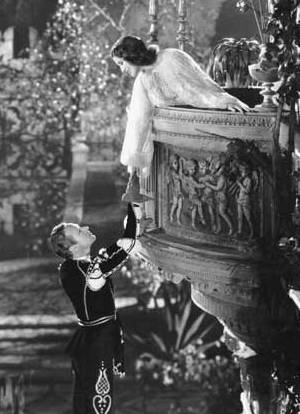 The most famous scene from the most disastrous teen romance you're likely to find.
"THAT scene in American Pie."
— TV Tropes: an older revision of the Cringe Comedy page
Advertisement:

That one scene that everyone remembers from a movie or other media. When people think of the work, this is the one scene that they immediately think of, and may be the only reason to remember it at all. If the work is referenced in popular culture, it will reference this scene. Cover illustrations will often depict this scene. Any parodies will also center on this scene specifically.

There are many reasons that the scene may stand out. It may be...

No matter the reason, the Signature Scene is cemented in the minds of the general public. If you have actually seen the work yourself, there may be more scenes that you enjoy, or possibly stick out more in your mind than what people believe to be the Signature Scene. This dissonance leads to Small Reference Pools.

Remember that this should not just be a list of every single dramatic or important scene (those fall under Wham Episode or Shocking Moments.) This is the one scene that's so iconic that even people who've never seen the work likely recognize it. And part of the concept is that it is a singular scene — while the trope is sometimes a matter of opinion (and it's therefore reasonable to end up having more than one listed for a work due to different people identifying different signature scenes), you shouldn't generally feel the urge to add more than one for a particular work yourself.

Scenes which are little more than famous quotes should probably not be listed here. Those are examples of Signature Lines. Quotes do help keep a Signature Scene memorable, though.

Compare It Was His Sled, Best Known for the Fanservice, Watch It for the Meme, Money-Making Shot, and Everybody Knows That. If the Signature Scene is the only reason the audience watches the entire movie, see Just Here for Godzilla.

Warning: By virtue of being a list of the most memorable moments in various works, this will be littered with unmarked spoilers.