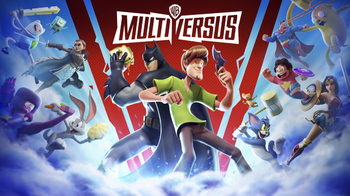 MultiVersus pits fighters from Warner Bros.' various properties, from DC Comics to Cartoon Network, in a primarily team-based fighting game. Team members work together and use each other's powers to defeat their opponents, such as being protected by Steven Universe's shield or burrowing through Bugs Bunny's tunnels. There is also a solo player option as well. The game's story has all of these worlds coming together to face the Nothing, which has begun to destroy the WB Multiverse.

The closed alpha for MultiVersus ran on May 19-27, 2022, which was followed by an open beta beginning July 26, 2022 (with early access beginning a week before that, on July 19th) that will ultimately segue into the game's official launch. The game is available for the PlayStation 5, PlayStation 4, Xbox Series X|S, Xbox One, and PC.