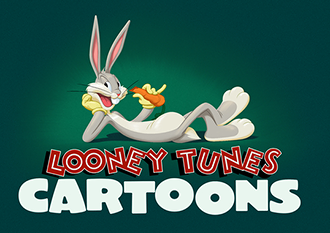 Looney Tunes Cartoons, from Warner Bros. Animation, is a Revisiting the Roots take on the Looney Tunes franchise.

It was announced on June 11, 2018 and will consist of 1,000 minutes spread across one- to six-minute shorts. The style of the series is reminiscent of the classic Looney Tunes shorts made by Tex Avery, Chuck Jones, Friz Freleng, Robert McKimson and Bob Clampett, among others. Uncle Grandpa creator Pete Browngardt is producing these shorts and the cartoons are produced in a creator-driven/cartoonist-driven manner like the original shorts (also not unlike the What A Cartoon! Show or Oh Yeah! Cartoons). It had its worldwide premiere at the Annecy International Animated Film Festival on June 10, 2019, with a wider premiere on May 27, 2020 with the launch of

HBO Max. The first season released in batches throughout the following months, with a Christmas Special in December and additional episodes in January and April 2021. The second season premiered on July 8, 2021, one week before the release of Space Jam: A New Legacy.

On HBO Max, the series is split into quarter-hour-length episodes, generally abiding by a Three Shorts format—two longer shorts (each roughly 5-6 minutes in length) sandwiching one of a couple of recurring shorter segments (roughly 1-2 minutes in length) that focus on a single gag.note This obviously depends on the length of the shorts Warner Bros. opted to package together—of the ten episodes that launched with HBO Max, one consists of just two longer shorts, while another has two short segments instead of one.

A teaser short, Dynamite Dance, can be seen here

. Some shorts and episodes can also be seen here

Browngardt and the team behind these shorts have also done two brand-new Tom and Jerry shorts (as a tie-in to their then-upcoming movie); these shorts are also HBO Max-exclusive and generally share the same production style and feel.

starring Daffy and Porky from the show’s creators was announced.