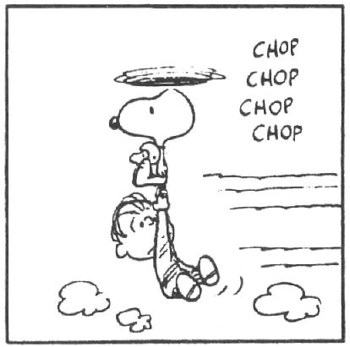 This is a creature that flies using an organic propeller instead of wings. Though some bacterial life forms

in Real Life really do move this way, it is impossible in more complex organisms, because such a structure requires at least two separate parts and there'd be no way for their nerves, veins, et cetera to make it from one to the other. It does tend to show up in fiction, though, largely due to the Rule of Cool and because spinning is spectacular.