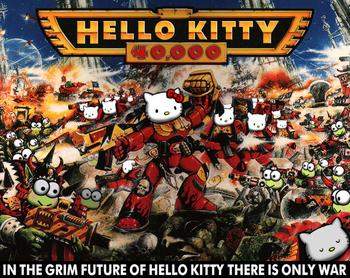 Suffer not the Chocobear to live!
Advertisement:

A Fusion Fic is a variety of crossover fic where two or more works are merged together into one (hopefully) cohesive setting. The most common types are:

See also Role Swap AU, where the characters within a single work switch roles with each other.