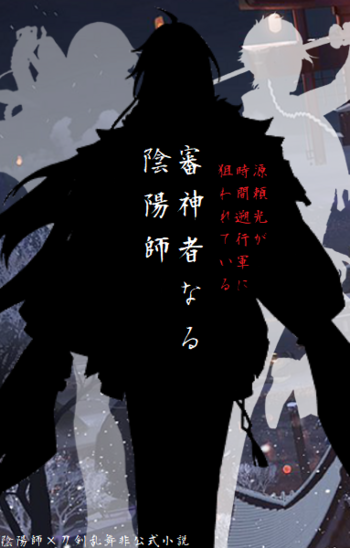 as part of the Memories of Heian

series, preceded by Mononofu. The story is crossposted on Wattpad

The History Retrograding Force is targeting the Heian period with the purpose of converting the onmyōji Minamoto no Yorimitsu, the titular first saniwa who possessed magical powers that would eventually get passed down the bloodline and become that of the current saniwa, to their side, which will not only alter history but also cause touken danshi to be Ret-Gone and all people with saniwa powers, including the present one, to become evil. The sword warriors then embark on a mission to this era to stop this plan.

The fic takes the tone of a straightforward action/fantasy and each chapter except the prologue and epilogue is in two segments. Since this fic is the Continuation for Onmyōji canon, beware canon spoilers.

Who Cares What My Name Is Anyway? tropes: